Forced Relaxation (a.k.a. The Tooth Malady)

I have never before in my life, and will probably never again, write this sentence: I’m kinda glad for the atrocious mouth pain I experienced in the first 4-5 days after grades were submitted and the spring semester was finally over. 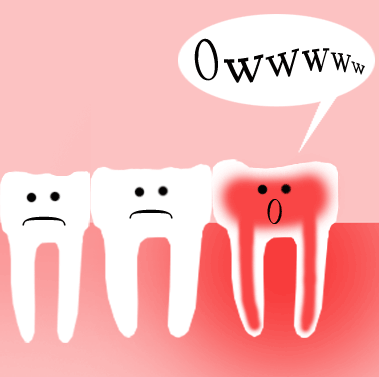 No, I’m not that sort of masochist, it’s only that there are few ailments that will lay me out flat, and mouth pain is one of them. Cold, flu, strep throat, sinus infection, I will stay home when I am contagious, but I will still lesson plan, write, grade; I might not be doing it very well, but the pure hatred I have for the uselessness of being sick gives me the energy to power through and get at least a little bit done. Mouth pain, however, just about brings me to my knees. That constant throbbing, burning, stinging. The inability to eat solid foods. The way everything from the collarbone up is connected, so one bad tooth effects the gums, which effects the jaw, which effects muscles in the head and neck. And if the stupid tooth is on the top row (as my current bastard tooth is) it also effects the sinuses, and if there’s an infection (as mine had – a fairly bad one, I was told), it effects the gawddamn shape of a person’s face.

Make no mistake, I am fully aware of what an incredibly lucky and privileged position I am in to have any insurance, let alone the sort that covers 80% of the cost of things like dental visits and periodontists (the root canal doctor – now they all only specialize, apparently?). I went almost 10 years without dental insurance – and therefore without seeing a dentist –, and when I finally had dental insurance again, those 10 years showed. Sigh. Dentists. The worst.

What I am glad about, is that I was such a mopey adolescent about my mouth that I did literally almost nothing for two whole days. Like *nothing* productive. Oh, I watched movies, fucking terrible movies like The Geography Club (which I had so hoped would be cute, I love coming-of-age/sexuality movies) & Miss Pettigrew Lives For A Day (which was much cuter than I thought it would be). I also blindly scrolled through Facebook, creeping on friends pages (and sometimes friends of friends – I can’t help it when someone comments idiotically, I just want to see a little deeper into who that person might be), reading every link anyone posted. And most strangely (those other things I’ll actually do from time to time when I’m avoiding grading), I laid* on the couch.

I know what you’re thinking right now, “so what? I lie on the couch all the time: while eating, watching T.V., reading.” I know normal people do that, but I am not a normal person. I don’t lay down until I go to bed at night, as in sometimes I’m sitting up in bed until I turn the light out at which point my body becomes horizontal and I close my eyes. I mean, sometimes I lay on the floor to stretch while watching T.V. or listening to a podcast, but otherwise I’m either standing or sitting. Those are my two waking hour positions. And before you start feeling all sad for me and my strange aversion to lying down, there are innumerable ways to sit and stand, many of which are quite comfortable, especially if you have flexible hip joints, as I do.

Back to my original point: I didn’t sit or stand for a good 4-6 hours that Friday. I think the cats thought I was dead. They would jump up on my stomach and put their little furry faces close to my mouth to check if I was breathing. Sometimes they positioned themselves on my chest to feel for a heartbeat. Upon finding me alive, they would get more comfortable to take advantage of my lack of mobility.

Not to psychoanalyze myself, but I know part of my unwillingness to lie down during the day can be attributed to having worked nonstop since the age of 14. There must be something I could be doing, should be doing; how can I be furthering my financial stability, my writing, my marketability if I’m lazing about. Even when I am by myself, I don’t want to be lazy. I’m not saying that I’m not at times lazy (a lot of times), but I’ll be lazy propped up or in front of my computer, even if I haven’t written or read something for an hour. By sitting up, I’m prepared to work. I can easily get up.

Even though unencumbered by a tooth malady I would never have spent those two days moving only occasionally, pathetically from lying on the couch, then the bed and back, I probably should every now and then. 2014 was a helluva year. 2015 didn’t let up any, and it’s not yet half over; I think I’ll definitely need my strength.

*[As in, I placed my body upon the couch in a reclined position. The verb in this case being the action of placing something, not the act of the body reclining – so take that grammar jerks! Okay, okay, I know grammatically it should be “I lay on the couch,” but damnit, that doesn’t sound past tense. I don’t care, it’s my blog. I’ll write whatever I want without your judgey, grammar-shaming].

Quote of the Moment

“Swearing was invented as a compromise between running away and fighting.”